3D printers are now more affordable than ever 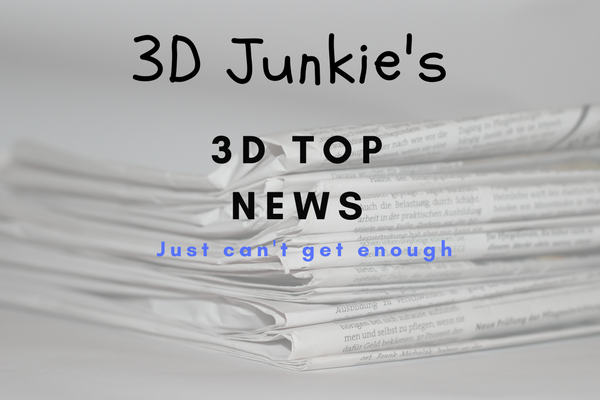 EOS has launched its new EOS P 810 Polymer 3D Printer platform. It has been specifically designed to create new high-performance ALM material: HT-23 at RAPID + TCT. Developed closely with Boeing in order to target the aerospace industry specifically. Their high-temperature polymer AM solution has been developed to address the industry requirements for high-performance parts that are in demand.
The 3D Printer is a large frame system. Featuring a 700 x 380 x 380mm build area, as well as two 70watt lasers that produce large structural parts. It has a good dimensional accuracy and increased levels of productivity.
Outside of the aerospace industry, this solution offers new design and manufacturing possibilities for both the electronics and mobile industry. With possibilities including applications such as plugs and housings. Spare parts and serial ports, both interior and exterior. Even public transport, like trains and buses.

CONTEXT is a UK based analytics firm, monitoring market performance, as well as industry benchmarks. They have recently begun analysing leaders in the 3D Printing industry, their revenue a particular point of interest. They have focused on hardware revenues for the 2017 period. Stratasys and 3D Systems are around the top of the list, unsurprisingly.
However, companies like EOS, HP, GE Additive and SLM Solutions are up there also, especially in the last quarter.
Popularity with metal 3D printing has grown significantly and has been slowly becoming more and more accessible. Making this niche section of the market very lucrative.
Overall, CONTEXT found that XYZprinting was in the top position, beating Monoprice for 3D desktop printing.

Platelet-rich plasma has been introduced by Researchers into bio-ink. This 3D printed mixture of cells and gel may eventually become part of skin grafts, as well as regenerative tissue implants.
Platelets in our bloodstream flock towards sites of injury. Cuts, bruises – our blood clots and seals these afflictions. Platelets also release growth factors that aid in repairing soft tissue, i.e. skin, blood vessels, muscle, tendons. They also recruit nearby cells to help speed the healing process. For these reasons platelet-rich plasma is also an ever-increasing treatment option for many joint related injuries, and especially with post-operative care and therapies.
Bio Ink combines these Platelets with a 3D printable form of algae. Without the form of algae in use, this would not be possible. Tests have shown promise for the future of this method. And it is hoped that the applications for this technology and method will grow from strength to strength.

US Military looking into Harnessing the Flexibility of Invertebrate Robots

The US military is apparently seeking to harness the flexibility that invertebrate creatures have. The purpose being to produce robots that suffer less structural rigidity than the current breed of robots allow for.
Results are suggesting that 1 3D printed robot squid could potentially be a part of the next generation in military automation. Better equipped to work in confined spaces. Capable of a varying range of movement, rather than the typical propel by force.
It makes sense, the Octopus is perhaps the world’s most flexible invertebrate out there, capable of escaping through holes as small as 1inch. It’s softly flexible nature would lend very well to the kinds of scenario that a robot of this type would come face to face with.
Scientists and researchers in the US Military have developed a 3D printer so advanced that it is capable of creating these types of robot. The printer itself is essentially an autonomous FFF/FDM platform. It’s design based upon our current understanding of invertebrate motion.
It has been stated that the printer, named: The Soldier, has the potential to generate soft actuators. As well as potentially being able to create these soft robots on demand.

Nike reveals running shoes they claim are the first in the world to have 3D printed uppers.

Flyprint – the name coined for a material which has been constructed using a solid modelling process. It was used to create the uppers (the top section, normally made from the material) to their new running shoes.
While it is true that Adidas unveiled a 3D printed shoe back in 2016, Nike claims theirs is the first with an upper made by a 3D printer.
The shoe itself is the end result of a collaborative project with runner Eliud Kipchoge. Who has previously worked with Nike when they developed their Zoom Vaporfly Elite Trainers. Eliud wore those trainers attempting to break the sub-two-hour marathon time. Unfortunately, he missed out on that by a mere 25 seconds, ouch!
Deciding to improve upon that in this years event, Nike and Eliud have continued on. When changing the upper to a 3D printed one, they cited water absorption as the key reason. The previous shoe absorbed water, making them heavier as Eliud made his way through the course. The new upper has been 10 years in the making. Going through a strict process of prototyping and several thousand shape and design possibilities.
Athlete Eliud Kipchoge wore a pair of Nike trainers for the London Marathon this year, and won!

The Ultimaker S5 is the latest addition to Ultimakers family of professional 3D printers.
It’s built dimensions are a whopping 330 x 240 x 300 mm. Giving it the capacity of the Ultimaker 3 on the Z axis, and an additional 115mm print space capacity on the X-axis.
If all this wasn’t impressive enough, it is even being launched alongside a new material – Ultimaker Tough PLA. It has been optimised for larger sized print models. Useful for prototypes, tools and other manufacturing aids. Its impact strength is believed to be similar to their ABS filament, but stiffer. It is less brittle than normal PLA and has a higher matte finish quality.
Ultimaker has also released a new App, enabling users to keep themselves updated with the progress of a 3D print job, even on the go.
The Ultimaker S5 and Ultimaker Tough PLA are available now through Ultimaker’s network of global partners.

The First Ever Full Colour Palette Desktop 3D Printer for under £400!

M3D has launched an all-new 3D printer capable of full-colour palette desktop printing, all under £400 to boot.
Capable of printing more than 50,000 colours, it comes included with a four colour print head, and a new controller board. It is the first of its kind, developed in partnership with Duet3D. Featuring a 120 MHz Atmel/Microchip ARM processor. It has five-axis motion control, all at 256 micro-step resolution. It has been designed with enthusiasts at the forefront.
With their all-new QuadFusionTM 3D printing head, the 3D printer is able to print and blend up to four filament colours of most 1.75mm filaments.
The Crane 3D Printer is available to pre-order and is part of a new series of 3D Printers who’s price starts at $199 on pre-order, expected to ship some time in August.

5 of The Very Best Filaments Around! 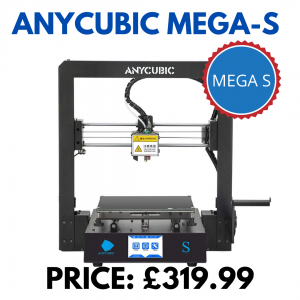 Things that you can make with your 3D Printer 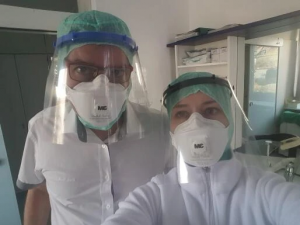